WHAT IS CLIMATE DISRUPTION?

Global Warming – A term started in the 1980s has been researched to death of the past few decades.  Global warming has been laughed at by skeptics whenever a colder than usual year has occured.  This does not mean that the earth is getting cooler when an unusually cold winter occurs.  It means that a change to the weather patterns for that area has occurred.  Overall, NOAA has been tracking the mean (average) world temperatures for some time.  Last years (2015) average was .29 degree F higher than the previous year.  NOAA states “Global surface temperature was record warm in 2015, moving ahead of the record set just last year by 0.29°F—the largest margin by which one year has ever beaten another since official records began in 1880.”

Climate Change – Is the term that many scientists fell back on when warming didn’t fit the lexicon when unusually cold events take place. Take for example the Polar Vortex phenomena that occurs due to the break down of “usual high or low pressure systems” due to a disrupted jet stream system.

“To a scientist, global warming describes the average global surface temperature increase from human emissions of greenhouse gases. Its first use was in a 1975 Science article by geochemist Wallace Broecker of Columbia University’s Lamont-Doherty Geological Observatory: “Climatic Change: Are We on the Brink of a Pronounced Global Warming?” 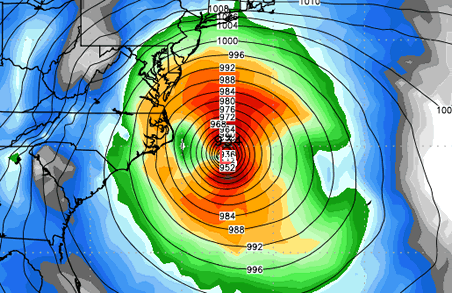 Climate Disruption – Or global climate disruption,  is the new term scientists are using to explain the extreme fluctuations that can and will occur to our weather systems as anthropogenic caused carbon dioxide and other green house gases increase in our atmosphere,  the oceans get warmer,  and weather events go wild.

“Global warming became too black and white a concept to fit with the vagaries of weather systems and quickly grew to be the butt of jokes when the weather was unseasonably cold (ironically, there were early snowfalls on the day that the UK Climate Change Act was passed). ‘Climate change’ then became the preferred term, encompassing pretty much anything which might be considered ‘unnatural’. But this was also open to criticism; after all, is climate not intrinsically variable? Hence the recent enthusiasm for ‘global climate disruption’, which nicely encapsulates the concept of unwanted and unnatural change.”

For those of you who want to study the ever changing atmosphere we live in, here are several links to review to help understand the phenomena called global warming, to climate change and now to global climate disruption.

Environmental Specialist, Disaster Reservist, Certified Professional in Erosion and Sediment Control, Para-Archeologist
View all posts by rsingram →
This entry was posted in Uncategorized. Bookmark the permalink.