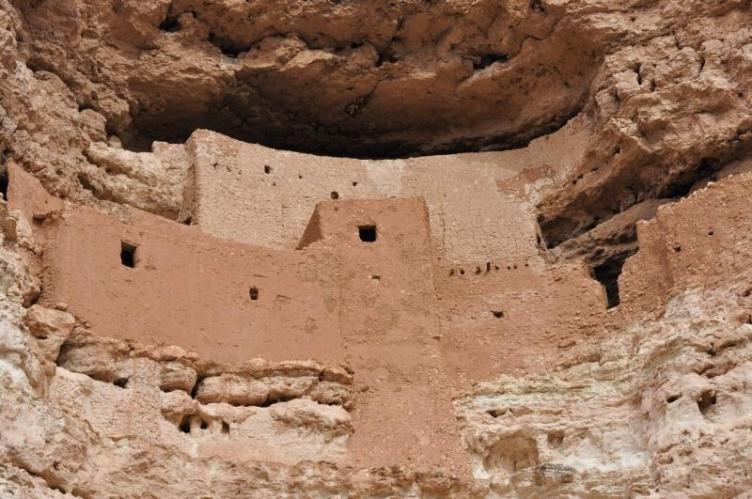 Native Americans have a innate bond with the land and the environment!

Indigenous peoples of North American are said to have been in the southwest (New Mexico, Arizona, Colorado) for at least 10,000 years. Historians, Archeologists and Anthropologists can argue about all the details of how the various modern tribes formed, but thats not what I’m concerned with here.

I am more interested in what has gone on for the past 1500 years in the Southwest. How did these early settlers manage to transform from hunter gatherers to an agrarian society.  How did the early peoples farm and provide food for thousands of people in a harsh southwestern environment?

I think the answer is pretty simple, they studied the weather!

The simple reason being that their livelihood depended on it.  They migrated between winter and summer camps.  Snowbirds you might say.  However, if the weather was bad for long periods of time it was very difficult to grow crops.  Hence the migrations that occurred in the 1200-1300’s. I’m sure they learned to study many of natures peculiarities; animal behavior, the insects, celestial events, etc.  but what survival usually came down to was the weather itself.

My father, was a weather man for most of his life.  The last duty he had was as meteorologist in charge in Phoenix, Arizona for nearly 20 years.  During that time he took an interest, not only understanding the Arizona Monsoon, the Haboobs (Dust Storms) and the vagaries of the Arizona climate, but also of knowing the Native American people themselves.

I found his collection of Native American Weather Proverbs the other day when I was going through his papers and I felt it would be interesting to share them in a blog.  He gathered sayings from Hopi, Zuni, Apache, Navajo and Papago sources. The bulk of the proverbs are Zuni and Apache. Not because they knew or had more sayings than the other tribes, but because that was probably all he could find.

Here are a couple of links to history of Native Americans in the Southwest to get a feel for how they settled the area;

Wind – “Wind from the right hand of the west is the breath of the god of sand clouds.”

First Thunder – “With the first thunder the gods of rain open their petals.”

South Thunder – “If the first thunder is in the south, aha! The bear has stretched his right leg in his winter bed.”

West Thunder – “If the first thunder is in the west, aha! The bear has stretched his left arm in his winter bed.”

North Thunder – “If the first thunder is in the north, aha! The bear has stretched his left leg in his winter bed.”

East Thunder – ” If the thunder is in the east, aha! The bear has stretched his right arm and comes forth, and the winter is over.”

Fair Weather – “When the stars a set still, the times are to be pleasant.”

Rain – “The moon, if in house be, cloud it will, rain soon will come.”

South Rain – “The south rain brings with it the beautiful odors of the land of everlasting summer and brightens the leaves of growing things.” 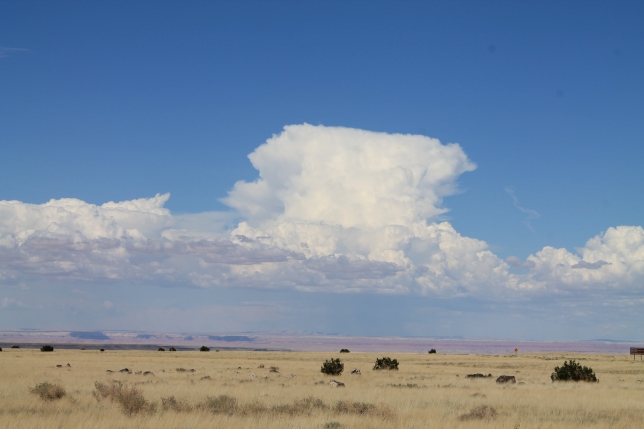 Rain to the South

Northeast Rain – “With the rain of the northeast comes the ice fruit (hail).”

West Rain – The west rain comes from the world of waters to moisten the home of She Wi.”

Terraces of Clouds  –   “When the clouds rise in terraces of white, soon will the country of the corn priests be pierced with the arrows of rain.”

Dew – “When the dew is seen shining on the leaves, the mist rolled down from the mountain last night.”

Corn Frost – “With the coming of frost grows the corn old.”

Cloudy Sunset – “When the sun sets (with a hazy veiled face), then will the morning be angry with wind, storm and sand.

Butterflies – “When the butterfly comes, comes also the summer.”

Rain – It will rain soon after the nighthawks begin to make noises when they fly at night.

To bring rain, break the eggs of kildeer birds and rain will soon begin.

Rain will occur about a week after locusts begin to sing at night.  (Gladys Wright)

The water level of streams can be approximated by breaking nighthawk eggs and placing the broken shells at the desired level on each bank. these broken eggs are supposed to bring water (rain in the high country.)

Snakes – When small water snakes leave the sand in the low damp lands, frosts may be expected in three days.

Oxen and sheep – when oxen or sheep collect together as if they were seeking shelter, a storm may be expected.

Insects – The early appearance of an insect  indicates an early spring and good crops.

Birds – It is safe to plant corn approximately two weeks following the arrival of orioles.

Moon – If the points of a new moon are up, then, as a rule, no rain will fall that quarter of the moon; a dull pale moon, dry, with halo, indicates poor crops. In the planting season, no grain must be planted when halo is around the moon.

Comets – After an unusual fall of meteors, dry weather is expected. All comets evidence the approach of some calamity, such as drought, famine, war, floods etc.

Never point at or talk about a cloud. You’ll scare the rain away. (Kenneth Patch, Hopi Reservation).

In surfing the web, I came across one group of Native Americans who are organizing in how to bring traditional sustainable farming methods back to the Southwestern Native American farmers.

The Traditional Native American Farmers Association (TNAFA) was formed in 1992.

TNAFA’s mission is to revitalize traditional agriculture for spiritual and human need, by creating awareness and support for Native environmental issues.

Pay Attention to the Signs!