Have you ever heard about food deserts?

No I didn’t mean desserts, I meant Desert as in dry…barren, where living conditions are not favorable for either people or plants. 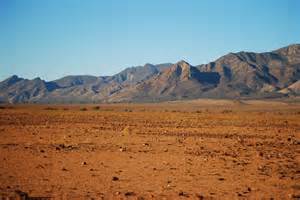 Not much going on in this Desert!

I started working at a downtown office  little over a year ago. It was by the freeway, actually two freeways It was not in a real nice part of town, the housing consisted of inexpensive apartments. The businesses were bars or tire shops and a few fast food gas stations in between.  This wasn’t a horrible place. This just wasn’t a place I would choose to live in. My choice instead was to commute 30 minutes from the east side of town.

Maybe too familiar.  Many of our urban areas have pockets of areas like this.  You can’t really find a good home cooked meal nearby, you don’t have supermarkets, and anyone who lives in this area has to commute somewhere else to get good wholesome food or settle on a hot dog and a thirstbuster from the local convenience store for lunch.

I take the easy way out and give you Wikipedias definition of a Food Desert.

A food desert is a geographic area where affordable and nutritious food is difficult to obtain, particularly for those without access to an automobile.[1] Food deserts usually exist in rural areas and low-income communities. Some research links them to diet-related health problems in affected populations.[2] Food deserts are sometimes associated with supermarket shortages and food security. The relation between food deserts and obesity has been disputed

What about Rural Food Deserts?

Before starting work in the city, I lived in a small town in the Mountains for thirty years.  We always had a supermarket to go to.  Early on I admit, it was a small store, then a few years later a major name brand moved to town and today there are 3 major stores to choose from.  I didn’t know it then but my town could have been considered a Rural Food Desert.  There is a difference between Rural and Urban however,  “A rural food desert is generally classified as a county where residents must drive more than 10 miles to the nearest supermarket chain or supercenter, whereas an urban food desert is classified as having to drive more than a mile.”

Is there a link between Food Deserts and Obesity?

The issue of obesity and food deserts intrigues me.  I’m not sure if it is a generational or social thing that people today prefer fast foods over making a meal or finding a healthy source of food.  I think perhaps it’s both. The problem being if you aren’t brought up eating healthily then you don’t know any difference.  I do know one thing however, besides being mostly bad for you, fast food is expensive! 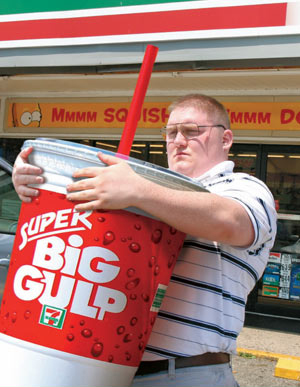 If you can carry it, you can drink it!

My opinion of Rural Food Desert and Rural Food Desert is that I would prefer Rural over Urban.  Undoubtedly if you are in a rural area it means there might be more land available for gardening and perhaps, just perhaps there might be a farmers market where good fresh food can be purchased. I would hope so at least. The USDA estimated in 2009 that there were 23.5 million people living in food deserts. 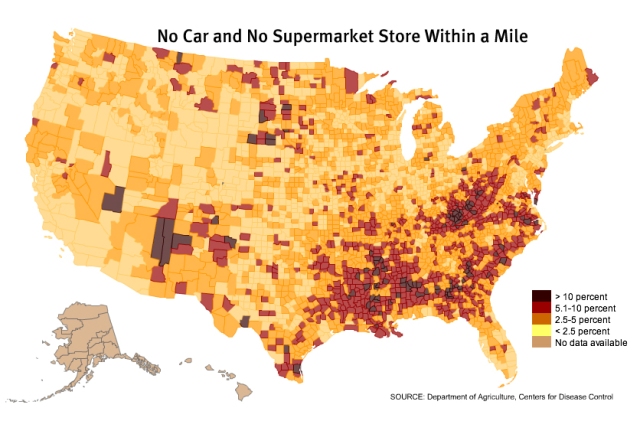 Do you live in a Food Desert?

Anyway, back to fast food, the lack of nutritious food and the links to obesity. There are differing thoughts. I would think that Urban Deserts are more a contributing factor to obesity than in Rural Deserts. However obesity is alive and well in both  rural  as well as urban areas.

The Huffington Post article on Food Deserts and obesity provide various concepts that are being used to combat Food Deserts. Grants that promote mobile markets to operate within desert areas and other innovative ideas are needed to turn this trend around.

In this article, they coin the word “Food Swamp”.  A food swamp is an area that has a preponderance of fast food restaurants in combination with convenience stores. All the calories a man could ever want!

Arizona State University says that there are 700,000 people living in Food Deserts within the state. With a population of 6.6 million, that adds up to a whopping 10%.  Thats well above the national average of 4%.   There is a map within the article below that shows where deserts are located.  I work within one of those areas!

Is it as simple as sitting down for healthy homecooked meals with your family? No probably not, but it’s a start!