Two of the most beautiful things in life are Sunsets and Sunrises!

We are blessed by these events twice a day.  In many parts of the country weather conditions often improve beauty of a sunrise/set, but on a cloudy day you get nothing at all.  In Arizona and most places in the west the dry conditions make for exellent conditions.  Even though we don’t like dust in the air for many reasons, dust will also enhance a sunset or a sunrise!

Can you tell from photos which is which? 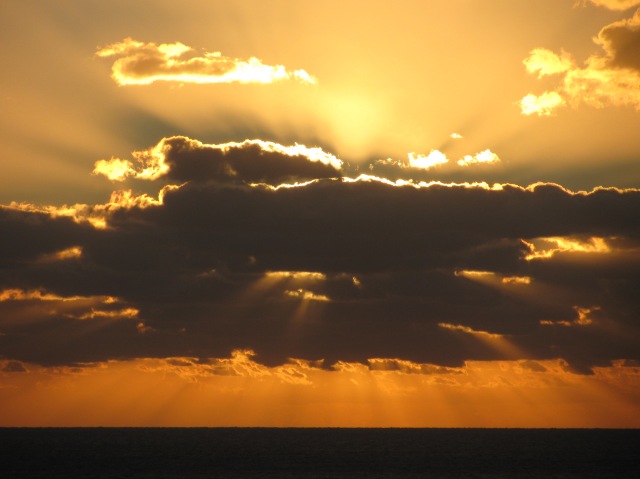 Hygroscopic Nuclei are two words that I will never forget.

In college I took meteorology, climatology and micro-climatology classes at ASU.  While I never worked in the field I picked up a few words and phrases.  When it comes to sunsets Hygroscopic Nuclei comes to mind. 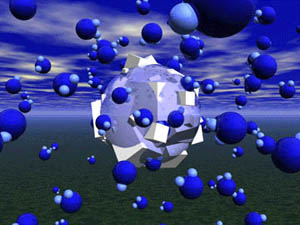 Ever wonder about Hygroscopic Nuclei?

Hygroscopic Nuclei is simply a term that explains the scientific basis of cloud formation.  Without clouds, no rain, no relief from the sun, and no outrageous sunsets!

From the Dictionary of Ecology – “hygroscopic nucleus A microscopic particle (e.g. of sulphur dioxide, salt, dust, or smoke) in the free air, on to which water vapour may condense to form droplets.”

It’s as simple as that.  A miniscule particle in the atmosphere that attracts water vapor.  That phenomena gives us clouds, rain, shade etc. etc. and beautiful sunsets and sunrises!

So, as I was saying, the scientific explanation of the phenomena of sunrises and sunsets is pretty boring.  Even more so is the Term for the phenomena associated with the beautiful colors that form around a sunset.

This term too has a definition!  I have, over the years, mentioned this term to friends and family only to be stared at with disbelief.  Therefore, I now will provide the reference that they so often believed did not exist!

The Purkinje Shift or Effect was the one thing I learned in a Psychology class that a friend convinced me to take because the professor gave everyone an “A” if they just showed up!  I’m sure it was some study on conditioning of young students that he was researching.

Simply put,  the Purkinje Shift/Effect is a phenomena that occurs at sunset or sunrise where observers marvel at the fact that the reds get redder and the greens get greener as the suns rays travel through the earths atmosphere.  The variance in colors that occur often depends on the amount of moisture and particulate matter that is in the atmosphere at that time! (My Definition!)

“The Purkinje effect (sometimes called the Purkinje shift, or dark adaptation and named after the Czech anatomist Jan Evangelista Purkyně) is the tendency for the peak luminance sensitivity of the human eye to shift toward the blue end of the color spectrum at low illumination levels.

This effect introduces a difference in color contrast under different levels of illumination. For instance, in bright sunlight, geranium flowers appear bright red against the dull green of their leaves, or adjacent blue flowers, but in the same scene viewed at dusk, the contrast is reversed, with the red petals appearing a dark red or black, and the leaves and blue petals appearing relatively bright.

The sensitivity to light in scotopic vision varies with wavelength, though the perception is essentially black-and-white. The Purkinje shift is the relation between the absorption maximum of rhodopsin, reaching a maximum at about 500 nm, and that of the opsins in the long-wavelength and medium-wavelength cones that dominate in photopic vision, about 555 nm.[3]””

There’s more to this definition as I’m sure there was more to the Psychology class that I got an “A” in!

Check it out at the following link. 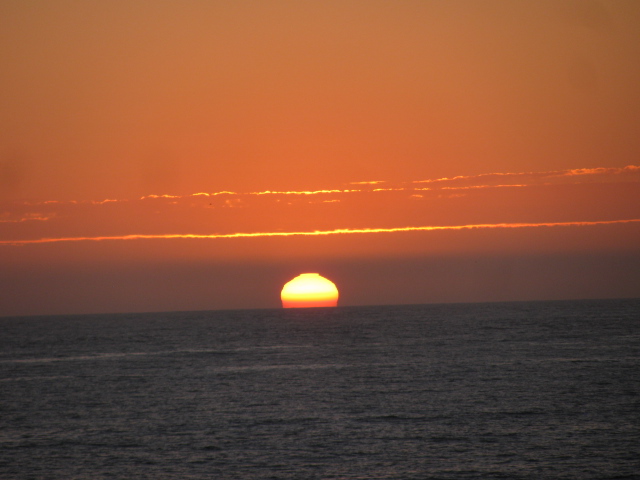 Another phenomena of our Modern Day are Jet Contrails

And, no, this is not a conpiracy theory type happening.  This is merely an atmospheric phenomena.

WISC.EDU provides a good definition of a jet contrail.  Everyone who watches jet contrails form and spread out of the sky should realize that jet exhaust provides the hygroscopic nuclei for water particles to form clouds.  The impact of these clouds is an environmental concern.

“Contrails are a concern in climate studies as increased jet aircraft traffic may result in an increase in cloud cover. It has been estimated that in certain heavy air-traffic corridors, cloud cover has increased by as much as 20%. An increase in cloud amount changes the region’s radiation balance. For example, solar energy reaching the surface may be reduced, resulting in surface cooling. They also reduce the terrestrial energy losses of the planet, resulting in a warming.”

Read the full definition at the following site!

Sunset or Sunrise 4. Cloud or Contrail?

Have you figured out the first two photos were sunrises and the last two sunsets?

And yes, they are contrails in the last one!