Climate Migration – A Fact of Life

Over the Eons man has moved around because of fluctuating climates.

But even though our long ago ancestors moved up or down latitudes with the Glacial periods, they really didn’t have the infrastructure that we have to worry about.  What did they bring with them anyway…a few stone tools, skins, herbs and a few seeds to plant. That was all they really needed.

A Family on the Move!

Today’s migrations are manifold, political, social, economic, religious, and environmental reasons are what are driving people to move every day.

For decades ,Mexican immigrants, both documented and undocumented have been crossing, into the United States to find a better economic future for their families.

Immigration is not limited to the Mexican people either, to the north, we have Canadians crossing the border in droves. These immigrants are primarily here for the weather!  They typically bring with them one thing our government really likes!…MONEY!…and they have been buying up real estate for years.

However, They are also a major source of revenue for our state as well. They golf and shop till spring, when it’s once again time to migrate north!

The Canadians revel in Arizona.  They even have their own association called the CSA…aka as…The Canadian Snowbird Association!  Check out their website…

There is even legislation that the senate is looking at to extend the length of time that Canadians can stay in country.  They have proposed extending the stay limit from 6 months to 9!  When do they become Americans?

Americans on the move.

Climate Migration has occurred in the United States ever since we turned into a mobile society.  During the 1930’s the Dust Bowl of Oklahoma drove many Oklahomans to Arizona and California in their Model T’s!  The advent of modern air travel, better train systems and highway systems started making it easier for Americans to go from one section of the country to another.  After World War II, Americans home from the war started leaving their home towns for better work opportunities and climate and moved all over the country.  The main reason Phoenix Arizona grew so fast in the 1940’s and 50’s was the invention of Air Conditioning! But that’s another story. 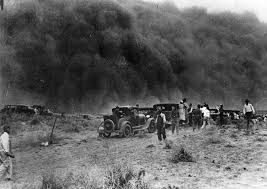 Dust storms like this made many people pack up and leave.

The Times-Picayune Newspaper in New Orleans took a statistical snapshot of the population of New Orleans eight years after Katrina. This is what they found…

So where did all those people go? They migrated!  Many never wanted to go back to a situation that could happen again!

This past winters cold wave in the upper Midwest and New England areas was pretty impressive, if it’s weather extremes you’re looking for.  Even Wikipedia has a blurb on the Winter of 2013-2014!  There were 200 million Americans affected by the extreme cold caused by a Polar Vortex gone wild.  Now if you consider how many of those people were soon to retire and/or thinking of moving in the first place, there could be a major migration going on right now.  Sun belt here we come! 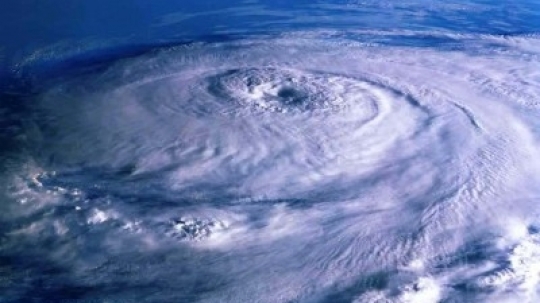 This winters Polar Vortex was huge!

Why is Climate Migration is going to increase tremendously in the next few decades?

It’s simple, people are going to get fed up with storm damage or the threat of storm damage to their lives and families.  It will either be too hot, too cold, have too many tornadoes, or too many strong hurricanes for people who are able to, to stay where they are.

A study in the Manhattan area in New York City says coastal flooding has surged by a factor of 20 since the mid 1800s.  This is in response to swelling seas and storm surges caused by the warming of the Atlantic ocean.

The Department of City Planning, in collaboration with other agencies, has undertaken a number of initiatives to build the city’s resilience. These studies are focused on identifying and implementing land use and zoning changes as well as other actions needed to support the short-term recovery and long-term vitality of communities affected by Hurricane Sandy and other areas at risk of coastal flooding.

My guess is that a lot of people are going to choose to move!

Slowly but surely, Americans are recognizing the changing conditions caused by climate change.  No one enjoyed the extreme winter weather that struck New England last winter, nor the farmers in the mid-west who had a major fight with the drought in 2012.  The residents of  Minnesota and Wisconsin froze their collective behinds off for months on end during the 2013-14 winter months.  I expect a few of them might retire to warmer climates!

WHERE ARE YOU MOVING TO? 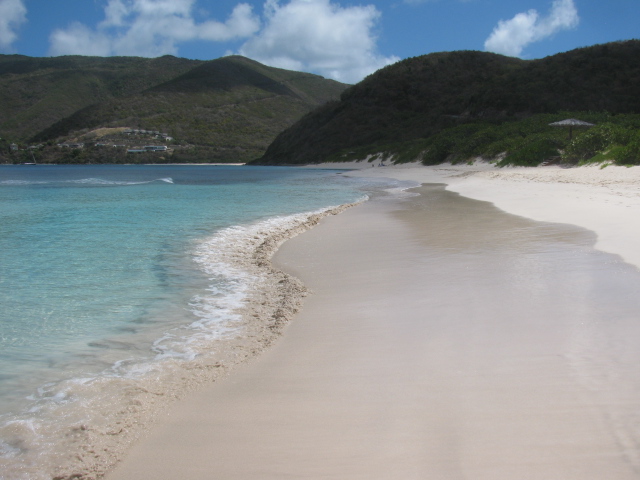 1 Response to Climate Migration – A Fact of Life