My Dad never wanted to see the movie “The Perfect Storm”.  He said he was in it!

As a kid I used to hear my Dad, Robert S. Ingram Sr., talk about the storm he was in during WWII. Of course, as a kid, I basically ignored it or thought it was “no big deal”.  I remember that he was on two Aircraft Carriers and I even remembered their names…the USS Rudyerd Bay and the USS Cowpens.  My father was a young Lieutenant who was trained to be a Meteorologist (called Aerologist in WWII) at MIT right after the war started.  Other than a keen interest in Climate and Weather that he learned from his father, he really didn’t have any history of forecasting the weather.  So with very little practical experience he was thrown into the winds of war as so many other young men of the time were. 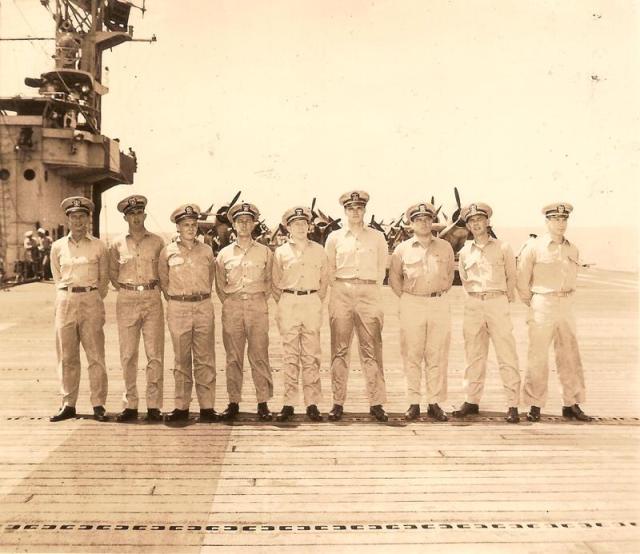 Ingram Sr.-Tall Man in the Middle

There’s a lot of responsibility being an Aerologist on an Aircraft Carrier!

Imagine being 24 years old and having the Captain ask you if the weather was going to be good enough to send planes out in unsettled weather and be able to retrieve them safely!  Now talk about pressure…That’s got to be right up at the top of the list.

The problem with forecasting weather in the middle of the Pacific Ocean was basically this;

2) You had limited radio contact (it was wartime after all).

4) There was no Satellite weather data.  (Satellites weren’t even thought of yet!)

So what’s a guy to do?  Well, you learn the art of forecasting. and you learn it quickly.  You learn about rising and dropping barometers, wind shifts, and what the various cloud formations mean.  That’s what my father had to do.

So What Was the big deal about Halsey’s Typhoon?

The US Third Fleet under Admiral William F. (Bull) Halsey Jr. was a force to be reckoned with.

“The Third Fleet was originally formed during World War II on 15 March 1943 under the command of Admiral William F. Halsey. Its on-shore headquarters in Pearl Harbor, Hawaii was established on 15 June 1944. The fleet operated in and around the Solomon Islands, the Philippines, Taiwan, Okinawa and the Ryukyu Islands with the USS New Jersey and, from May 1945 to the end of the war, the USS Missouri as its flagship. It also operated in Japanese waters launching attacks on Tokyo, the naval base at Kure and the island of Hokkaidō as well as bombardments of several Japanese coastal cities.”

A personal account by a sailor aboard the USS Dehaven s one of the better accounts I have read.  Read it at the following link;

The Typhoon that made such a lasting impression on so many people was encountered when the 3rd Fleet was dispatched to the Philippines to back up General Douglas MacArthur’s re-invasion. The Typhoon was named Typhoon Cobra by the US Navy.  It was also known as the Typhoon of 1944.  Afterwards, it became known as Halsey’s Typhoon!

Halsey’s fleet was operating 300 miles east of the Philippines attacking Japanese airfields to soften up the area so that MacArthurs invasion could be successful.  They were in the process of refueling some of the lighter Destroyers when Halsey sailed directly into the storm.

“Because of 100 mph (87 kn; 160 km/h) winds, very high seas and torrential rain, three destroyers capsized and sank, and a total of 790 lives were lost. Nine other warships were damaged, and over 100 aircraft were wrecked or washed overboard;  the aircraft carrier Monterey was forced to battle a serious fire that was caused by a plane hitting a bulkhead. ”

This storm and resulting loss of life was considered one of the greatest Naval disasters of WWII.  One of several interesting asides to this story were the sub-stories that occurred.

1) It is said, Admiral Halsey, knowing that they were still in enemy territory ordered his fleet to keep cruising after the loss of the Destroyers.  The USS Tabberer broke ranks and began rescuing survivors.  Other ships joined in the rescue following the Tabberers lead.  The Tabberer rescued 55 of the 93 survivors.

2)  The Caine Mutiny was written by the author who had himself survived Cobra and refers fictionally in his book to Halsey’s orders to keep sailing and the refusal of ships to obey that order.

3)  The USS Monterrey was damaged by fires.  A young Lieutenant named Gerald Ford helped fight the fires and would later become President of the United States.

4)  The US Navy changed their operating procedures for wartime sailing after this storm.  Previously, reconnaissance planes were only allowed to fly out 50 miles to observe conditions and detect the enemy. This distance was set so that they could be called back to the ship in case of emergency or attack!  The Navy changed this rule to 150 miles.  The ability to make observations further out could have possibly allowed the Fleet to avoid the worst of the storm! 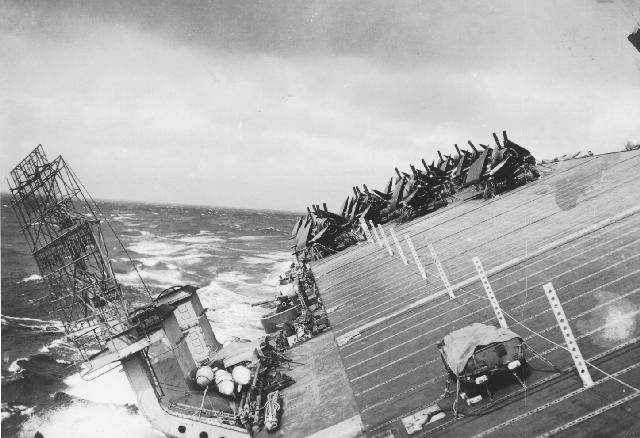 One thing my father kept for the years before he passed away was an anemometer reading he recorded during the Storm.  I will share it with you here! 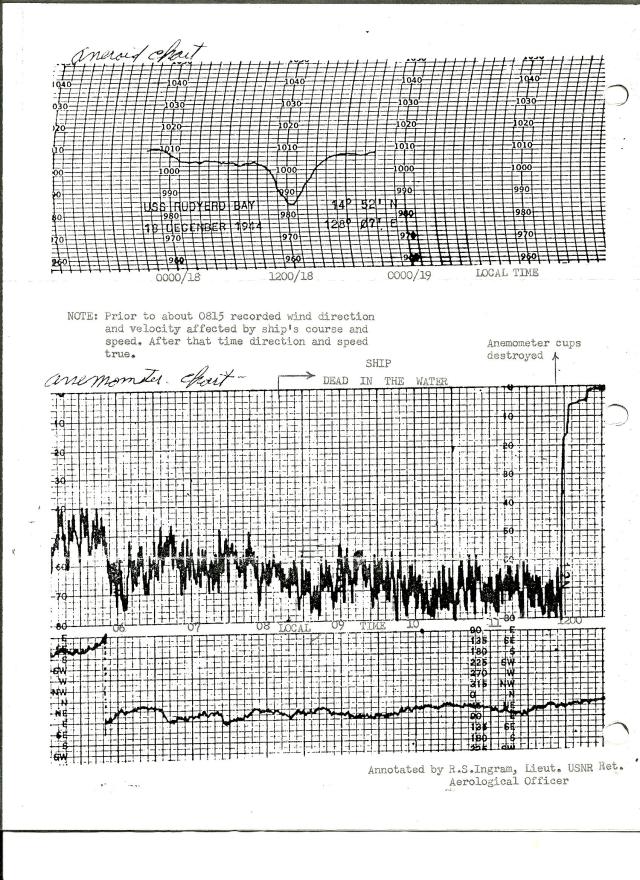 Note: The straight line on the right hand side is where the instrument blew off the Ship!

The only injury that my father ever suffered during the war occurred during this storm.  On a trip to the head (toilets) during the height of the storm he slipped on the sea water slickened deck and hit his head on a bulkhead!  He had a scar on the side of his face and had to have a crown for his tooth from this injury.  He half jokingly said “I should have gotten a purple heart for that!” 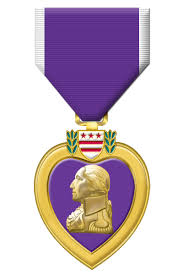 1 Response to Veterans Day – My Dad and Halsey’s Typhoon