What is Australia doing to take care of their Environment?!

Australia is forecast to be severely impacted by Climate Change

Australia is in for a heatwave!

While it is difficult to accurately predict, It is estimated that Australia will face the following changes to their climate by 2030!

Geoff Lawton is the managing director of the Permaculture Research Institute in New South Wales.  Geoff is very well known as a Permaculture instructor throughout the world.  This organization has far reaching training events in New Zealand, Australia, the US and Europe.  All things having to do with self sufficiency, growing organic crops and conserving water resources are being taught at his many seminars!

Other Organizations that continue to work toward environmental change in Australia include this huge list;

The Australian Government is very concerned with Climate Change and it’s impacts.

This is what the Department of Climate Change and Energy Efficiency for the Australian government has to say.

“Australia—already the driest inhabited continent on Earth—is particularly vulnerable to climate change. The longer we wait to act on climate change, the more it will cost and the worse its effects will be. As a nation with the highest rate of carbon emissions per person in the developed world, we have a responsibility to join the global effort.”

“The Australian Government is building a Clean Energy Future

through a comprehensive plan to dramatically cut pollution, introduce a carbon price, invest billions of dollars in renewable energy, transform the energy sector away from high polluting sources such as brown coal, and store millions of tonnes of carbon in the land through better land management.”

The fact that they are considering a potential carbon tax is extremely important to their future.  Recently China proposed placing carbon taxes on their polluting industries. Only the US, UK and Russia of the heavy carbon users have balked at proposing such taxes.

The State of Victoria has it’s own Sustainability Department

SV has obligations under the Environment Protection Act 1970 for state-wide waste management strategy and planning, as well as managing the Sustainability Fund.”

State by State, Australia has made an inventory of what potential damages will occur from rising sea levels

For the State of Victoria, my wife’s home State, and land of her relatives and many relatives, it is not a pretty picture.  Victoria  is at risk for the following estimated impacts from sea level rise alone;

“Climate change will lead to sea level rise which will impact on coastal settlements, infrastructure and ecosystems. Between 31,000 and 48,000 residential buildings, with a current value of between $8 billion and $11 billion may be at risk of inundation from a sea level rise of 1.1 metres. A 1.1 metre sea level rise will also put up to 3,500 km of Victoria’s roads, up to 125 km of railways and up to 2000 commercial buildings at risk. These assets have an estimated value of up to $9.8 billion, $500 million and $12 billion respectively.”

From personal experience, I have felt hotter and drier in Melbourne  than almost anywhere I have ever been. That’s saying a lot because I live in Arizona!  What may come of the intense heat estimated to come with the rise in sea levels will result in the loss of productivity throughout Victoria and Australia in general.

Water rationing is common during the Melbourne summer.  With climate change it is fore cast that “the average long-term stream flow into water supply catchments could be reduced by up to 11 per cent by 2020, and as much as 35 per cent by 2050”

Sorry Mates this does not sound good.

It is known that there will be more heat and longer prolonged droughts, but the real unknown is in the Antarctic.  There are and have been studies going on in the Antarctic that are trying to determine the rate at which the Ross Ice Shelf may melt.  Although it has long been thought that it would be a slow event.  Several researchers are concerned about potential rapid sea melt similar to what has happened in the Arctic.  Even if a 1/10th of this ice shelf melted, it would mean a rise in sea level of 20 feet.  This is definitely the worst case scenario.

What can Australia do to reduce its carbon foot print? What could all of the high carbon use countries do to reduce their impacts?  Unfortunately we are all in this boat together. 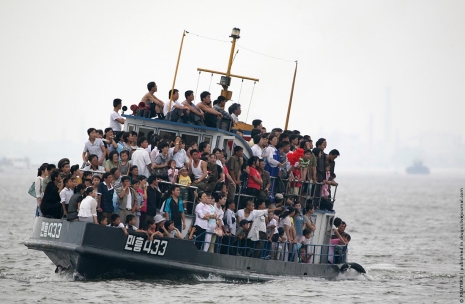 2 Responses to What is Australia doing to take care of their Environment?!